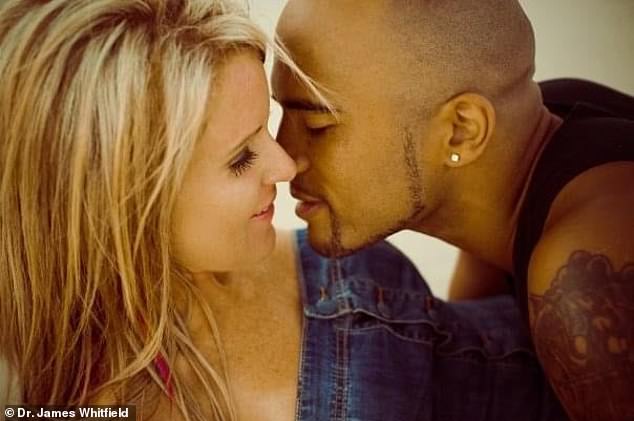 A black high school principal believes racism is why his bosses forced him to take down photos of him kissing and holding his white wife from his social media account.

James Whitfield, 43, said he received an email from the school district when he became principal at Colleyville Heritage High School in Colleyville, Texas, demanding he takes down photos of himself kissing and embracing his white wife on a beach.

The email Whitfield claims included the photos along with the caption, “Is this the Dr. Whitfield we want leading our schools?” Whitfield says he showed the email to his wife, Kerrie, who immediately began to “well up with tears.”

Whitfield and his wife hired a professional photographer to take pictures of them on the beach to celebrate their tenth wedding anniversary. The couple believes that the district’s issue with the photos is that they depict an interracial couple.

Kerrie took to social media to express her outrage at the comments made during a board meeting about her husband on July 26.

“I write this with so many tears tonight and heart broken for my husband. I will not stand [quiet] any longer as his name was mentioned by a hateful group several times, in a board meeting tonight…You can watch it for yourself, makes me sick listening to that hateful man,” Kerrie wrote on Facebook.

“As many of you know, my husband has been in Education for many years. He is known around town as Coach, Mr.Whitfield, and now Dr.Whitfield. I have seen him pour his heart out to so many beautiful kids, teachers and administrators,” she continued.

“He puts in 100% of what ever he does and would give his own life for any of his students. He is now working for GCISD and for some reason, this group has it out for him. I wish these awful people would take the time to really get to know James because at this point, it’s evident why you want his job..Racism and ignorance is not cute,” she added.

She went on to ask for prayers from the community for both her and her husband and the administrators, saying that “God does not like ugly.”

Recently, Whitfield was accused by some parents of pushing the controversial critical race theory on his students. CRT is a theory that states racism is fundamental to the United States and that white students have special privileges based on their skin color over minority students.

Opponents of CRT claim it is divisive and harmful to young students and teaches racism itself. “I am not the CRT Boogeyman. I am the first African American to assume the role of Principal at my current school,” Whitfield wrote on Facebook in response to the backlash over CRT.

“For the better part of the last year, I’ve been told repeatedly to just ‘get around the fact that there are some racist people’ and ‘just deal with it and stay positive…but I will stay silent no longer,” he added.

The district maintains that the request to remove the photos was to ensure a “smooth transition.”

“Some of the photos the district received contained poses that are questionable for an educator, especially a principal or administrator. It had absolutely nothing to do with race,” the district said in a statement.

Since the meeting, the couple has circulated an online petition to gather signatures of people who support them. Whitfield posted a video message to his Facebook, thanking the public for supporting him and his wife.