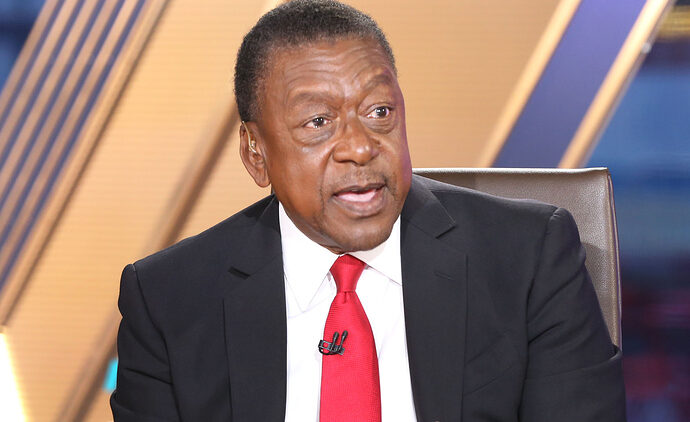 The founder of Black Entertainment Television and billionaire Robert Johnson has called for reparations to be paid to black Americans to “atone” for slavery and says he is entitled to a check as well.

“Reparations would require the entire country to,…admit that the result of slavery has been 200 years of systemic racism,” Johnson told Vice News. “And for that reason, black folks have been denied $13-15 trillion of wealth and therefore we as a country now must atone by paying black people of all stripes, the rich ones, the poor ones, and the middle, out of our pocket,” he added.

Johnson, who owns multiple homes, heads an asset management firm and is known for becoming America’s first black billionaire, says he is doubtful the government will ever send out reparation checks to black Americans but says there is already a form of reparation’s taking place right now in the form of critical race theory being taught in schools. Johnson also mentions cities like Evanston, Illinois, which recently announced they would be sending checks to black residents and President Joe Biden’s targeted relief checks only for black farmers.

“That’s what’s happening to the reparations, it’s been cut up into small pieces of things that look and feel like, ‘We want to end systemic racism, we want to end police brutality and shootings and to provide financing to Black small business owners,’” Johnson said.

“And then people can say, ‘Well, we really don’t need reparations because when you put all of these things together, it’s reparations. It’s just not one big bill or asking this country to stand up and apologize, and you’re not asking people to pay out of their paychecks,” he added.

He says those things are not enough and can not replace the need for actual reparations, which he says were meant to include two main components. “The first was atonement, and the other was monetary,” he adds. “With no doubt whatsoever, it was supposed to come from the government representing the people of the country. It was reimbursement, or recompense if you will, for the harm.”

Johnson insists that means money should be given to him and other famously rich black American’s including Oprah Winfrey, Michael Jordan, and LeBron James. He suggests that the fact they are rich, proves they have a record of “putting their money to work,” saying that reparations should be viewed as more of an investment program rather than charity.

“If you’re a successful black business, the idea is you’ve had enough,” Johnson said in response to those who dismiss his call for the race-based payouts. But “no one ever asks if [a white-owned business] is too rich to benefit from investing in a football stadium” or receiving other benefits like preferential tax treatment or liquidity injections from the Federal Reserve,” he said.