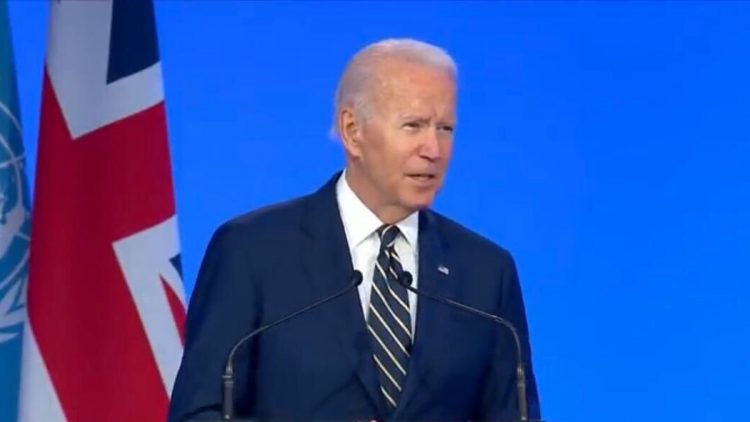 While at the United Nations Climate Change Conference, President Biden made a surprising statement suggesting that wages have grown more than inflation during the past year.

“Last Thanksgiving, you know, I — as I said, this year, we’re working on the supply chain issue,” Biden said. “But last Thanksgiving, I sat down with my wife, my daughter, and my son-in-law. This Thanksgiving, we’re all in a very different circumstance. Things are a hell of a lot better, and the wages have gone up higher — faster than inflation. And we have generated real economic growth.”

“The CPI reflects out-of-pocket expenditures of all urban households, while the PCE price index also includes goods and services purchased on behalf of households,” the Federal Reserve Bank of Cleveland explained. “In the case of medical care outlays, for example, the PCE price index would not only include the out-of-pocket expenses paid for by households, but also the medical care services paid for by an employer and by the government.”

Using those measurements, it’s evident that the rise of wages has not kept pace with the rise of inflation, contrary to Biden’s claim.