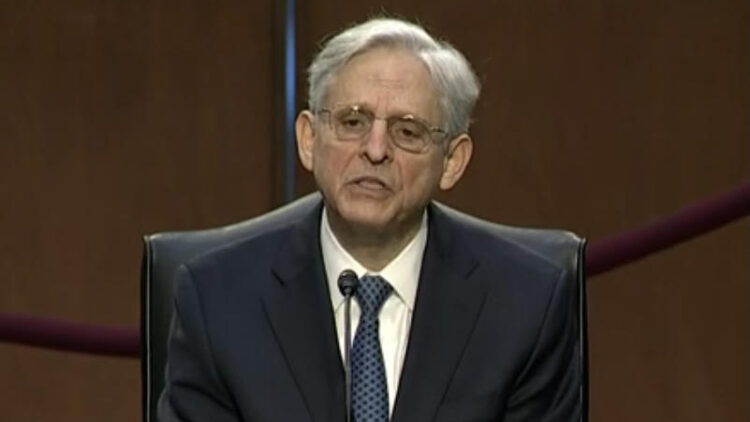 President Biden’s Justice Department said Monday that it is exploring “all options” to refute Texas’s recently-passed heartbeat bill and pledged to protect individuals seeking abortion in the state.

“We will continue to protect those seeking to obtain or provide reproductive health services,” U.S. Attorney General Merrick Garland said in a statement.

Garland said the Justice Department would enforce the FACE Act “to protect the constitutional rights of women and other persons, including access to an abortion.” Garland added that the Justice Department has been in talks with U.S. Attorneys’ offices in Texas to “discuss [the administration’s] enforcement authorities.”

“The [Justice] Department will provide support from federal law enforcement when an abortion clinic or reproductive health center is under attack,” Garland added.

Despite a legal challenge in the U.S. Supreme Court, the Texas abortion law was implemented on Sept. 1, 2021. The law bans abortion as early as six weeks into a pregnancy and opens the door for citizens to sue anyone who may have aided in an abortion, something Biden has called a “sort of vigilante system.”

Biden also said he would launch a “whole-of-government” response to oppose the law and criticized the Supreme Court for not blocking it.

“Complete strangers will now be empowered to inject themselves in the most private and personal health decisions faced by women. This law is so extreme it does not even allow for exceptions in the case of rape or incest,” Biden said. “And it not only empowers complete strangers to inject themselves into the most private of decisions made by a woman – it actually incentivizes them to do so with the prospect of $10,000 if they win their case.”

“Rather than use its supreme authority to ensure justice could be fairly sought, the highest Court of our land will allow millions of women in Texas in need of critical reproductive care to suffer while courts sift through procedural complexities,” Biden concluded.

“If anybody is un-American, it’s the president…all Texas is trying to do is protect the unborn. We have a right, I think, to do that. We had a right before Roe v. Wade; this system that the Supreme Court has set up, it’s constantly changing based on different judges coming in and going out, and it hasn’t worked,” Paxton said.

“[The Supreme Court] needs to go back to letting states regulate the way they see fit, and each state can make their own decision, and people can move to the state that they’re most comfortable living in.”