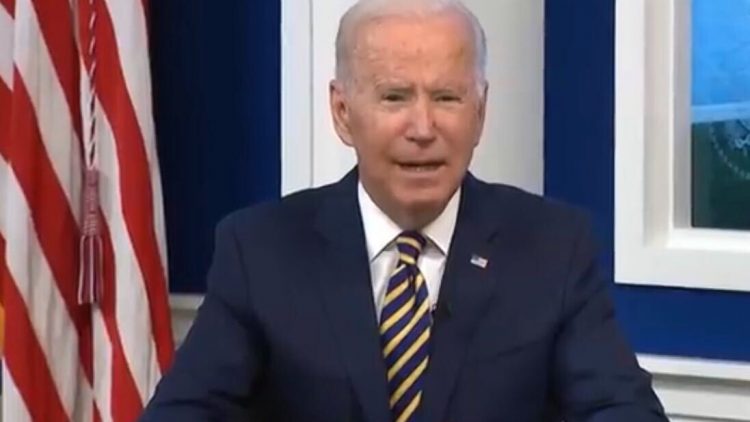 President Biden’s critics are slamming him for the unsupported claim that he generated “real economic growth” during the past year by virtue of wage growth outpacing inflation.

“President Biden’s inflation explosion is on track to make your Thanksgiving the most expensive to date,” tweeted Senator Ted Cruz (R-TX).

“Last Thanksgiving, you know, I — as I said, this year, we’re working on the supply chain issue,” Biden said. “But last Thanksgiving, I sat down with my wife, my daughter, and my son-in-law. This Thanksgiving, we’re all in a very different circumstance. Things are a hell of a lot better, and the wages have gone up higher — faster than inflation. And we have generated real economic growth.”

RELATED: Biden’s claim that wage growth has outpaced inflation not supported by data

“Joe Biden just said that wages have gone up higher than inflation: that’s a flat out lie,” Brigitte Gabriel tweeted.

“3 thoughts. 1-#Thanksgiving last year was better by comparison. 2-#Bidenflation has outpaced #wages, so he’s wrong on that. 3-It’s kind of terrifying that somebody who can’t be coherent for 15 seconds has the nuclear codes. This is the #BidenAdministration,” someone else tweeted.

“There’s no part of Thanksgiving Biden isn’t making worse. Cooking? Food prices are hitting record highs. Traveling? Gas prices are the highest since 2014. Hosting family? Home heating costs are rising by as much as 54%,” said Ronna McDaniel, chair of the Republican National Committee.

“Look at the price of this turkey…It’s time to eat chicken for Thanksgiving under Biden’s economy,” tweeted another person with a picture of a turkey with a nearly $85 price tag.

“Joe Biden has inflation under control, guys. Seriously, this is so embarrassing,” Clay Travis tweeted.

“Joe Biden: ‘Worker pay has actually gone up.’ The Department of Labor: Wages fell 1.1% compared with a year ago after adjusting for inflation,” Lance Gooden tweeted.