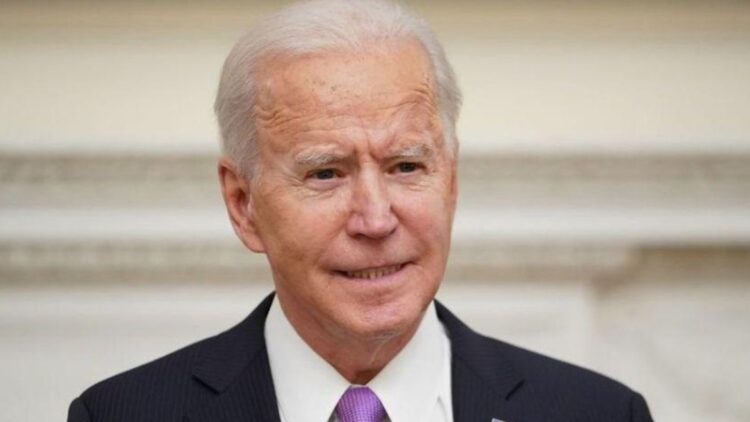 A recent report from the Congressional Research Service shows President Joe Biden could owe as much as $500,000 in back taxes under current IRS rules.

Biden is pushing the Democrats’ $3.5 trillion spending bill to subsidize child care, education, and healthcare for Americans by increasing taxes on those making more than $400,000 a year. Biden has repeatedly called for the rich to “pay their fair share.”

“According to the criteria CRS provided to my office, he owes the IRS and the American people hundreds of thousands of dollars in back taxes,” Banks said. “Every American should know about Joe Biden’s tax hypocrisy.”

Banks alleges that Biden improperly used “S corporations” to avoid paying Medicare taxes on his speaking fees and book sales from 2017 to 2018.

Biden and his wife Jill routed more than $13 million through S corporations and counted less than $800,000 of it as salary eligible for the Medicare tax, a move that exempted the rest from what would have been a 3.8% rate, according to the Wall Street Journal.

“Courts have agreed with the IRS that shareholder-employees are subject to employment taxes when shareholders take distributions, dividends, or other forms of compensation in lieu of reasonable compensation,” the CRS report says.

“Unbelievable!! I asked the nonpartisan Congressional Research Service for a report on multimillionaire Joe Biden’s use of corporate loopholes to avoid paying taxes… Turns out he wants to raise your taxes, but doesn’t even pay his own!” Banks tweeted.

Chris Jacobs, a GOP Capitol Hill insider, told the New York Post that “Joe Biden wants to expand the IRS’s funding and authority, so they can audit more Americans.”

“Given that the liberal Tax Policy Center and the nonpartisan Congressional Research Service both have raised questions about the way Biden handled his taxes, why doesn’t he ask for his own taxes to get audited first?” Jacobs added.

“Biden doesn’t really believe in expanding programs like Medicare and Obamacare because he thought buying a second multi-million dollar mansion, and renting a third, was more important than helping to fund those laws.”