Biden in 1994: ‘Wouldn’t matter’ if ‘Haiti just quietly sunk into the Caribbean’ 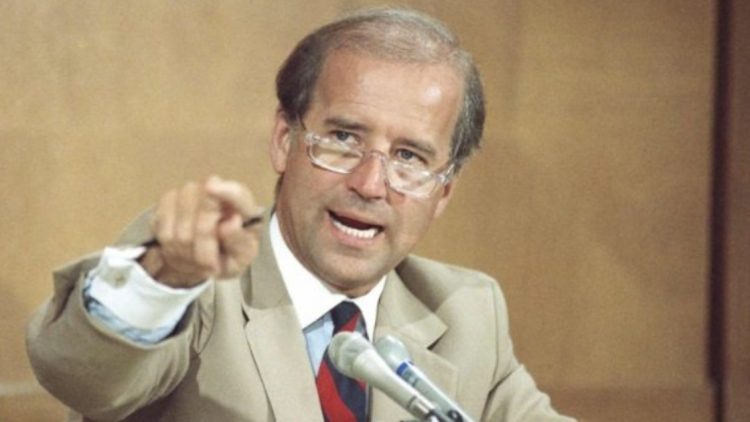 Then-Senator Joe Biden said in 1994 that if the entire country of Haiti sunk into the ocean, it “wouldn’t matter a whole lot.”

“If Haiti —a god-awful thing to say — if Haiti just quietly sunk into the Caribbean or rose up 300 feet, it wouldn’t matter a whole lot in terms of our interest,” Biden told PBS host Charlie Rose in an interview about Haiti.

Biden was asked if he thought the Clinton administration would intervene after Haitian president JEan-Bertrand Aristide had been ousted in a military coup.

Biden’s comments on Haiti have resurfaced amid the ongoing surge of Haitian migrants at the southern border and recent outrage from Democratic lawmakers over the administration’s treatment of them.

Recent photos show border patrol agents on horseback using reins to protect themselves from Haitians attempting to enter the U.S. illegally at the Del Rio, Texas, sector of the U.S.-Mexico border.

“Haitians fleeing violence & the lack of a credible government in Haiti are being treated like animals. U.S. government cowboys on horses used whips on Haitians as they sought refuge. Why are we following the Trump policies? This horrendous treatment of Haitians must STOP NOW,” Rep. Maxine Waters tweeted (D-CA).

“It doesn’t matter if a Democrat or Republican is President, our immigration system is designed for cruelty towards and dehumanization of immigrants. Immigration should not be a crime, and its criminalization is a relatively recent invention. This is a stain on our country,” Rep. Alexandria Ocasio-Cortez (D-NY) tweeted.

White House Press Secretary Jenn Psaki said that Customs and Border Protection would “no longer” be using horses in Del Rio in response to the backlash.

The Biden administration has defended its treatment of the estimated 15,000 Haitians who have created an encampment underneath a bridge in Del Rio.

“We are continuing to expel people coming from a range of countries,” Psaki told reporters on Thursday during a press briefing. “Our border restrictions are being applied not just to Haitians, but to people who are coming irregularly to migrate to the country from anywhere … we are applying immigration laws.”

Psaki added that the administration is “making clear that people who are coming through irregular migration, that this is not the time to come, and they will be placed in removal proceedings.”

“There certainly is not an open border,” she said.