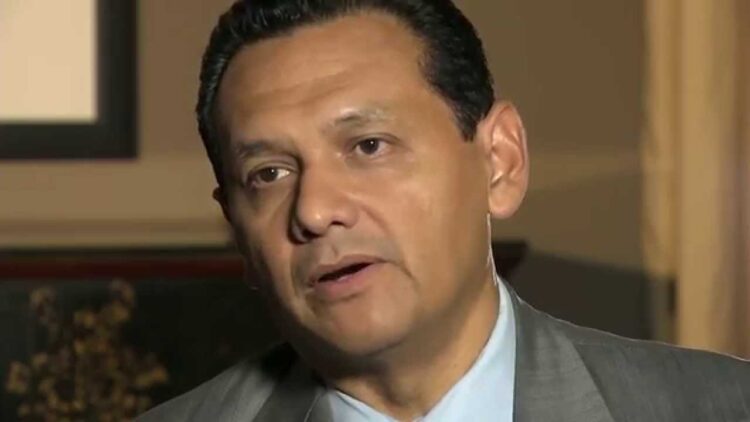 Gonzalez, a Democrat, who served as sheriff of Harris County, Texas, was a vocal critic of former President Trump’s immigration policies. In 2017 he ended a program known as 287(g), designed to increase cooperation between local enforcement and federal immigration authorities. In 2019 he took to Facebook to express his disapproval of Trump’s plan to deport ‘millions’ of illegal aliens.

The 287(g) program stems from the Illegal Immigration Reform, and Immigrant Responsibility Act signed into law by President Bill Clinton in 1996. Its section 287, subsection (g) deputized local law enforcement personnel to “perform a function of an immigration officer in relation to the investigation, apprehension, or detention of aliens in the United States.”

Gonzalez campaigned on ending the program while running for sheriff. He told local media at the time that his decision to stop cooperating with I.C.E. was to help rebuild the trust between the immigrant community and the sheriff’s office. Gonzalez also noted resource allocation as a reason for the decision as the sheriff’s office was spending $600,000 per year to maintain the program.

“I need more patrol cars for my deputies so that they can keep their community safe,” Gonzalez said. “We need to be solving more crimes and, so, this was a resource allocation issue for me.”

In a July 2019 Facebook post, Gonzalez said he opposed sweeping immigration raids after Trump tweeted hyperbolically that ICE would begin deporting “millions of illegal aliens.” “‪I do not support ICE raids that threaten to deport millions of undocumented immigrants, the vast majority of whom do not represent a threat to the U.S.,” Gonzalez wrote.

Gonzalez’s nomination comes as many criticize the Biden administration’s handling of the southern border where more than 20,000 unaccompanied migrant children are in US custody. President Biden tapped Vice President Kamala Harris to stem the ‘serious spike’ in immigration at the border more than a month ago. Neither Biden nor Harris has made trips to the southern border to assess the crisis firsthand.

The Senate must now consider Gonzalez for the position and approve him before he can take office.