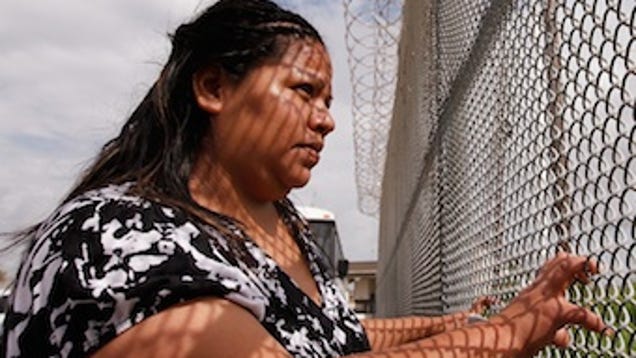 The Biden administration has directed Immigration and Customs Enforcement to avoid arresting pregnant or nursing women who enter the country illegally.

“Generally ICE should not detain, arrest or take into custody for an administrative violation of the immigration laws individuals known to be pregnant, postpartum or nursing unless release is prohibited by law or exceptional circumstances exist,” read a memo from acting ICE Director Tae Johnson.

The new policy reverses a 2017 memo sent out by the Trump administration that allowed ICE officials to detain pregnant women. The Trump-era policy required agents to perform pregnancy tests on women taken into custody.

“This new directive is a great development and goes further than prior ICE policies regarding the treatment of pregnant individuals,” said Jorge Loweree, policy director at the American Immigration Council. “Immigration detention has been proven to be exceptionally harmful, and it’s great to see the administration directing ICE to take actions that have been necessary for years.”

In 2018, ICE detained 2,098 pregnant women along with 381 nursing women. During the last year of the Obama administration, only 1,380 pregnant women were taken into ICE custody, according to a 2019 Government Accountability Report.

The new memo requires ICE officers to get permission from a higher-up before issuing a detainer for anyone who is pregnant or nursing. It also directs the agency to ensure that they are held in “facilities suitable for their medical and mental health needs.”

The memo comes as illegal immigrant advocacy groups have pushed the Biden administration to limit the detention and use of restraints on pregnant women caught coming into the country illegally.

“The immigration detention system separates mothers from their families, denying them the ability to parent; it mistreats pregnant people and denies access to abortion and other reproductive health care, interfering with the rights of detained people to control their reproductive lives and have healthy and positive pregnancy outcomes,” the Center for American Progress wrote in a 2019 report.

The Center for Immigration Studies found that the 297,000 births per year to illegal immigrants “is larger than the total number of births in any state other than California and Texas.” Babies born to illegal immigrants in the United States are granted citizenship under the 14th Amendment.