Biden did not visit Tree of Life Synagogue after deadly 2018 shooting, director says 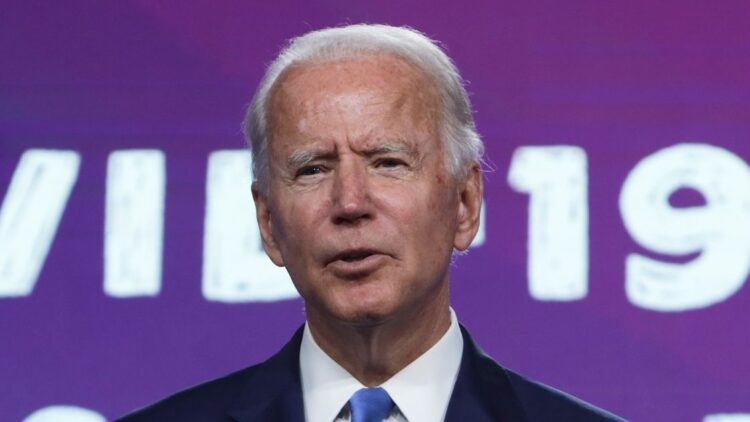 The executive director of the Tree of Life synagogue in Pittsburgh, Pennsylvania, is accusing the President of lying about a visit following a deadly shooting in October 2018.

“I remember spending time at the—you know, going to the—you know, the Tree of Life Synagogue, speaking with the—just—it just is amazing these things are happening—happening in America,” Biden said Thursday during a virtual call with Jewish leaders ahead of the Rosh Hashanah holiday next week.

Barb Feige, executive director of the Tree of Life, said “no” when the New York Post asked if Biden had visited the synagogue. Feige not only said Biden didn’t go to the synagogue after the shooting but has never visited at all.

The White House has not yet commented on Biden’s remarks. It is reported that Biden made a phone call to the synagogue following the shooting to offer his condolences for the lives lost. However, that is a big difference from physically being there.

President Trump and First Lady Melania visited the Tree of Life synagogue to pay respects to the shooting victims. Trump’s visit was accompanied by daughter Ivanka Trump, son-in-law Jared Kushner, Treasury Secretary Steve Mnuchin, and Israeli Ambassador Ron Dermer. The group also laid white roses and a stone from the White House for each victim at the memorial outside.

Robert Gregory Bowers, 46, allegedly carried out the mass shooting, which killed 11 and wounded six others. Bowers has pleaded “not guilty” despite being shot multiple times by police and being arrested on the scene. He is charged with over 60 federal crimes and faces more than 30 charges in Pennsylvania state court.

During the same virtual meeting, Biden appeared to ramble about his daughter’s wedding and admit to forgetting certain moments of the event.

“My daughter married a Jewish young man. And, you know, it’s the dream of every Catholic father that she married a Jewish doctor,” Biden joked with the Jewish leaders. “We had a chuppah on the altar… Now some of you aren’t gonna like this, but it was co-officiated by a Catholic priest as well as a Jewish rabbi,” he added.

Biden went on to say that his “mind is going blank now” when attempting to recall the name of a song played during the wedding.

The president added, “So you know, I don’t know what the hell’s going on here. I just had one little favor, you know, just that they play ‘On Eagle’s Wings.'”

The Independent Chronicle contacted the Tree of Life Synagogue for comment but did not immediately receive a response.