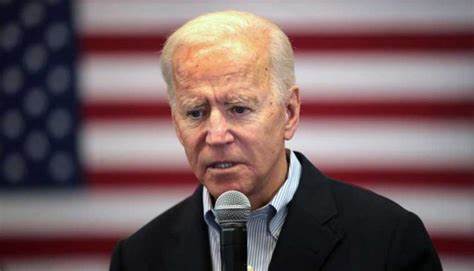 “Fentanyl analogs kill thousands of Americans each year. To protect our communities from the dealers pushing this poison, President Biden needs to keep them off the streets, not let them off the hook,” Senator Tom Cotton (R-AR) said in response to the administration’s announcement.

The Drug Enforcement Agency (DEA) describes fentanyl as “a synthetic opioid that is 80-100 times stronger than morphine,” and last year, the Centers for Disease Control and Prevention (CDC) reported that the annual number of drug overdoses hit a new high – 93,000 – “with fentanyl driving the surge.” The drug originated largely from China, and experts estimate that it is so potent that just two milligrams can cause a fatal overdose.

However, Biden’s administration seems to believe that lessening penalties will reduce the amount of fentanyl on the street.

“We are pleased to present to Congress a long-term, consensus approach that advances efforts to reduce the supply and availability of illicitly manufactured FRS [fentanyl-related substances] while protecting civil rights, and reducing barriers to scientific research for all schedule I substances,” acting Office of National Drug Control Policy (ONDCP) Director Regina LaBelle said in a statement on Thursday.

Republicans in Congress have criticized the administration’s decision and implied that Biden might need to rework his priorities.

“For months, I’ve been calling on the Biden administration to get serious about combatting Fentanyl knockoffs, which led to a record number of overdose deaths in the United States last year,” Senator Chuck Grassley (R-IA) said. “The plan, released mere weeks before a temporary scheduling authority expires, sets us up for a rushed process that doesn’t allow for the methodical review that this issue demands.”

“It appears that the Biden administration cares more about avoiding new penalties than holding drug traffickers accountable for fueling an opioid epidemic that continues to destroy families and erode communities across the country,” Grassley added.

“Open border + leniency for fentanyl trafficking,” Stephen Miller wrote in a tweet. “Is Biden at this point just trying to do as much damage as he can?”

“The Biden Administration wants to lower the penalties for trafficking fentanyl for the same reasons that it rolled back restrictions on Huawei: it works for China,” Emerald Robinson said in a tweet.

“Fentanyl dealers should get the death penalty,” Scott Adams wrote in a tweet. “The Biden administration has achieved new levels of incompetence.”

President Biden’s staff did not respond to the Independent Chronicle’s request for comment.