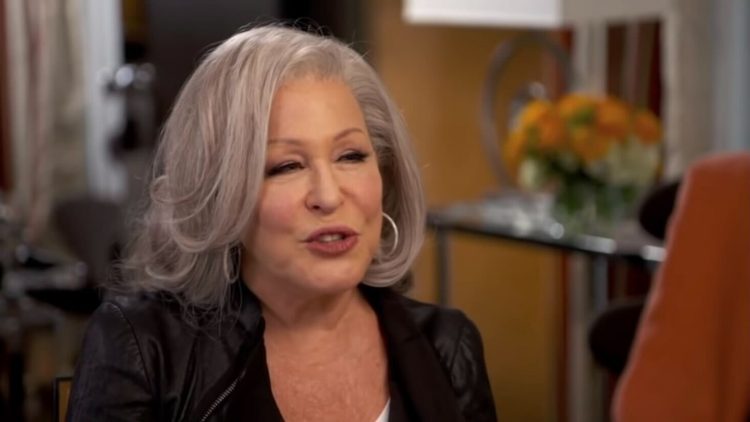 Singer/songwriter Bette Midler expressed her frustration with Democratic Senator Joe Manchin’s “no” vote on Build Back Better by issuing a mass insult to the residents of Manchin’s home state of West Virginia.

“What #JoeManchin, who represents a population smaller than Brooklyn, has done to the rest of America, who wants to move forward, not backward, like his state, is horrible,” Midler tweeted. “He sold us out. He wants us all to be just like his state, West Virginia. Poor, illiterate and strung out.”

Midler’s tweet came on Monday following Manchin’s announcement that he would break with the Democrats in his refusal to support President Biden’s Build Back Better bill.

“You just propagated a stereotype about people from an entire state. It’s ok to be upset at Manchin but it’s not ok to stereotype or attack West Virginians. I’m an Ohioan & have been there many times. It’s a beautiful state with good people. Great history,” one person responded to Midler’s tweet.

“I would suggest that you remember there are real people at the other end of this tweet, and that shaming an entire state for things largely out of their control isn’t a great look,” remarked another.

“Just stop…when was the last time that you were here? How many people have you met from WV? Enough with the stereotypes. I am glad that he voted against this massive spending bill, and so are the majority of the WV people,” said someone else.

It didn’t take the entertainer long to issue an apology. Less than an hour later, she posted an apology of sorts, apologizing to West Virginian citizens but calling Manchin’s family a “criminal enterprise” and insulting their motives in the same breath.

“I apologize to the good people of WVA for my last outburst,” she tweeted. “I’m just seeing red; #JoeManchin and his whole family are a criminal enterprise. Is he really the best WV has to offer its own citizens? Surely there’s someone there who has the state’s interests at heart, not his own!”

Manchin has been vocal throughout negotiations on Build Back Better, saying numerous times that he was open to listening to ideas and finding a compromise. “I’ve done everything humanly possible,” Manchin said, of trying to reach a mutually agreeable solution.