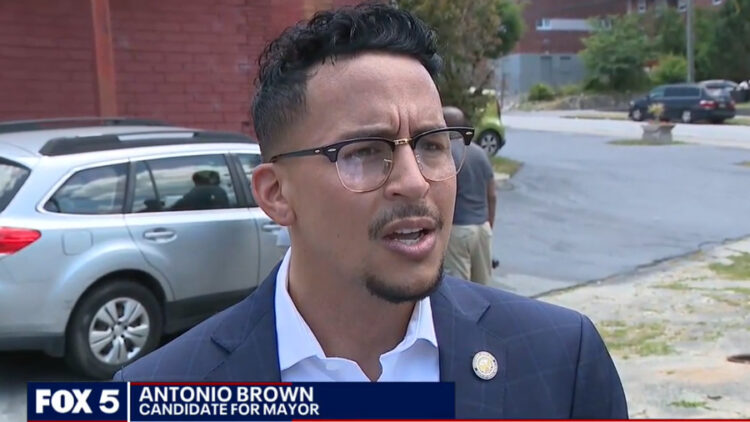 An Atlanta city councilman who pushed for defunding the police had his car stolen in broad daylight.

Councilman Antonio Brown, who is running to become Mayor of Atlanta, was attending a ribbon-cutting ceremony for a new Dunkin’ Baskin-Robbins store in northeast Atlanta when at least four individuals jumped into his car and took off, according to local media.

“You don’t immediately think, ‘Oh, these kids are going to steal my car,’” Brown said.

When Brown arrived at the event he parked his Mercedes and got out of the vehicle to speak to someone in the parking lot. That’s when “several males entered his unlocked car and drove away with it,” police said.

Brown said he held onto the car and was dragged almost a block down the road before letting go.

“He started to go faster and faster,” Brown said. He described the carjackers as being young kids between the ages of six and twelve.

“This is a generational poverty issue. These kids, it’s 12:30 in the afternoon. Why aren’t they in school? Why aren’t we enforcing systems to ensure that if they are not in school, they’re in recreational centers?” Brown said.

He was one of seven council members to vote to withhold $73 million of the Atlanta Police Department’s budget, a proposal that was narrowly voted down. Homicides in Atlanta are up at least 52% from this time last year, while the number of shootings has increased more than 40%, according to the APD’s most recent crime statistics.

Brown’s campaign for Mayor centers around “reimagining” public safety and police reforms. Earlier this year he sponsored a city ordinance to look into the feasibility of restructuring Atlanta’s public safety agencies and proposed creating a new city department focused on “wellness.”

Brown is currently under indictment on several federal fraud charges. Prosecutors say he lied about his income on applications to obtain loans and credit cards for personal use.