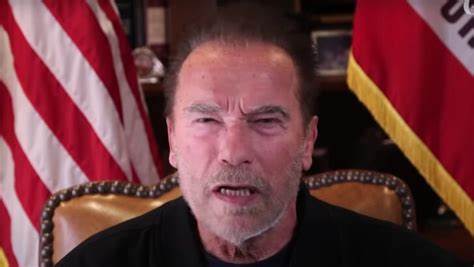 Actor Arnold Schwarzenegger is receiving criticism after telling Americans who are hesitant to get the COVID-19 vaccine, “screw your freedom” in an interview on Wednesday.

“Screw your freedom. Because with freedom comes obligations and responsibilities,” the former Governor of California said regarding those who worry that mask and vaccine mandates infringe on personal freedoms.

“We cannot just say, ‘I have the right to do X, Y and Z.’ When you affect other people, that is when it gets serious,” he added. “You cannot say, ‘No one is going to tell me that I’m going to stop here, that I have to stop at this traffic light here. I’m going to go right through it.’ Then you kill someone else, and then it is your doing,” he said.

Reactions to the 74-year-old’s comments were mixed across social media. Many pointing out the failure to provide helpful messaging to get more people vaccinated.

“The winning message to convince people to take the vaccine is… “screw your freedom!” Thx Arnold!” Quipped Justin Hart.

“[H]is dad was a member of the you know whats, so it makes sense, get a grip brother, masks dont work, it literally says it on the box,” replied another Twitter user.

“Fixed the picture,” replied another along with an image depicting Schwarzenegger with a drawn-on Hitler mustache.

“Ah yes just what every American loves a person from another country who became a leader here telling them how to life their lives. So helpful,” said someone else.

“Arnold Schwarzenegger’s father was a member of Hitler’s Brownshirts and served as a 1st Sgt in the Wehrmacht,” tweeted Jack Posobiec.

“So what you’re saying is he knows what real oppression and fascism looks like and getting a vaccine and wearing a mask is far from it? Glad we can agree on that,” replied another Twitter user.

The Center for Disease Control and Prevention (CDC) guidelines say anyone over the age of 2 years old should wear a mask when indoors, around others, and while at school, to help stop the spread of COVID-19 and the growing threat of the Delta variant.