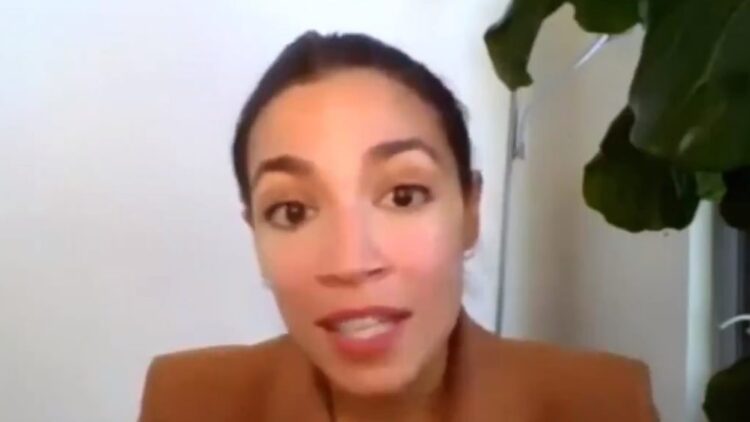 New York Representative Alexandria Ocasio-Cortez is under fire for comments she made that downplayed the growing rate of violent crime in America.

“We are seeing these headlines about percentage increases,…Now, I want to say that any amount of harm is unacceptable and too much, but I also want to make sure that this hysteria, you know, that this doesn’t drive a hysteria and that we look at these numbers in context so that we can make responsible decisions about what to allocate in that context,” Ocasio-Cortez said in a video with New York Rep. Jamaal Bowman.

Her comments come as shootings in New York City alone have risen 60% from last year, according to data collected by the National Fraternal Order of Police. Compared to last year, shootings are up 126% in Portland and up 51% in Los Angeles.

Homicides in New York City are up 12% from last year, according to NYPD crime statistics. Compared to last year, homicides are up 41% in Atlanta, up 36% in Philadelphia, up 4% in Chicago, and up an astounding 533% in Portland.

Backlash over her labeling the concern over higher crime rates as “hysteria” immediately flooded across social media.

“There is nothing “hysterical” about wanting to address violent crime in your neighborhood. Wanting to feel safe is not crazy. Actually, wanting to defund the men and women who protect us from crime sounds more like hysteria to me,” tweeted Mississippi Rep. Michael Guest in response to AOC’s comments.

“Until a vagrant breaks into her Tesla or a mob ransacks her Whole Foods, AOC will advocate for policies that mean thousands of *other* people will be victimized by emboldened criminals,” tweeted Conservative Talk Radio host Buck Sexton.

“@AOC glad to hear you say that it was just hysteria when you almost died on Jan 6th and not based on reality. Gotta watch those hormones,” tweeted Bill Pelley, in reference to the Congresswoman’s remarks following the Jan. 6 Capitol Hill riot.

“Can @AOC look the families of those who have been murdered in NYC this year in the eyes and tell them that the crime wave is hysteria? I certainly don’t think so. Every life lost is a tragedy, and it is the reckless politics of “Defund The Police” that have gotten us here,” replied another Twitter user.

“I was told by AOC that any attention to this is “hysteria,” tweeted Spencer Brown in response to a graphic depicting increased crime rates.