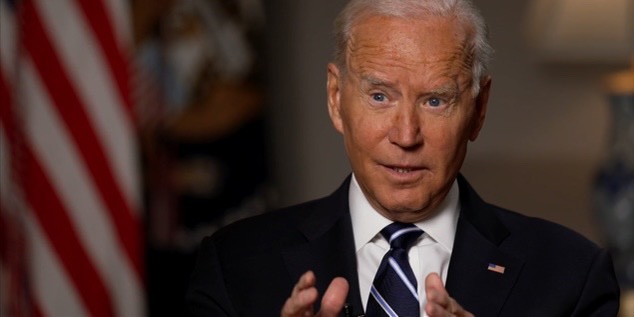 95% of Georgians over the age of 18 are registered to vote, according to federal election data released earlier this week, despite President Joe Biden calling the state “Jim Crow 2.0” only a few months ago.

“This is Jim Crow in the 21st century. It must end. We have a moral and Constitutional obligation to act,” Biden said. “It’s an atrocity. The idea – you want any indication that it has nothing to do with fairness, nothing to do with decency, they passed a law saying you can’t provide water for people standing in line while they’re waiting to vote.”

The number of registered voters in the state jumped up from 2018, increasing at 18.7%. Now, the U.S. Election Assistance Commission (EAC) estimates that 7.5 million Georgians are eligible to vote, and 7.2 million of them are actively registered as of the 2020 election.

The EAC report comes months after the state passed the “Election Integrity Act of 2021” (EI Act), otherwise known as “SB 202.” Controversially, the law disallows campaign workers from handing out water and snacks to voters waiting in line. However, poll workers are still able to hand out refreshments. SB 202 also mandates voter ID, meaning voters must show either a picture ID, a bill stating their home address, or any other form of acceptable identification.

“Really, Jim Crow, Joe, what all these Democrats are failing to mention? At this point, the laws in Delaware are far more restrictive than Georgia’s new so-called ‘Jim Crow 2.0,’ racist new rules,” Sean Hannity said in a statement on his show. “Both states, interestingly, require voter ID, but Delaware is run by Democrats. And it’s Joe Biden’s home state. And he hasn’t lifted a finger in the five thousand years he’s represented that state to make voting more accessible.”