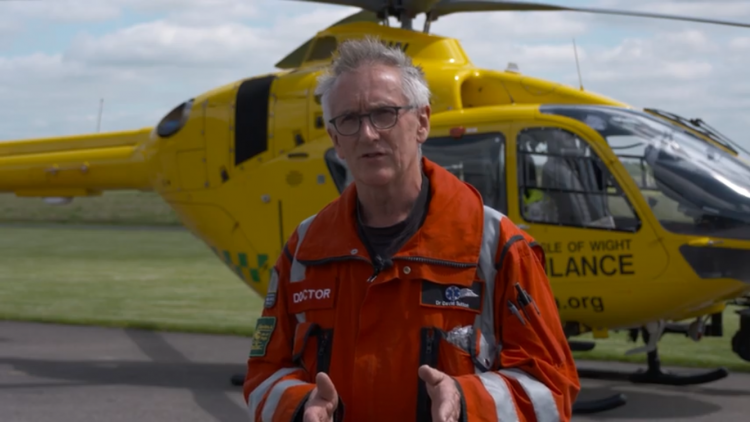 Members of the Hampshire and the Isle of Wight Air Ambulance received a text from one of their financial supporters, expressing anger that a helicopter woke residents during an emergency response flight and withdrawing future financial support.

“Can you explain why you decided to fly at 1750ft from St Mary’s Hospital to Southampton General Hospital at 4am over residential properties – waking occupants. Inconsiderate I think, will NO longer be donating to your cause,” reads the text.

“We always try our best to be there for the people of Hampshire and the Isle of Wight, but messages like this, really affect our team’s morale,” they wrote on Twitter, posting a screenshot of the text.

“We are sorry the helicopter wakes people up at night, but it is not our intention to disrupt your evening, but rather save someone’s life.”

“This is genuinely unbelievable,” someone else tweeted.

“Sorry ma’am, we couldn’t rescue your son, because Mrs Smith had gone to bed, and unfortunately she doesn’t like it when our helicopter wakes her up. #savinglives,” another tweeted in irony.

“Hubby used to be on force chopper and a guy that lived nearby used to ring in every time they went out with similar complaints. They have no,idea that when you do fly it’s to save someone’s life. Ignore the hater, because the vast majority -99.9% think what you do is amazing,” someone else said.

“We are genuinely overwhelmed by your kind replies. Sadly this isn’t the first time we’ve had a complaint like this and it probably won’t be our last, but it’s reassuring to know you are there for us. Thank you for all your support,” the organization later tweeted.

“Thank you to everyone who has taken the time to message us, donate to us and even offer us a cup of tea if we land nearby. You’ve cheered us up immensely. For anyone wanting to support us, please visit our website.”