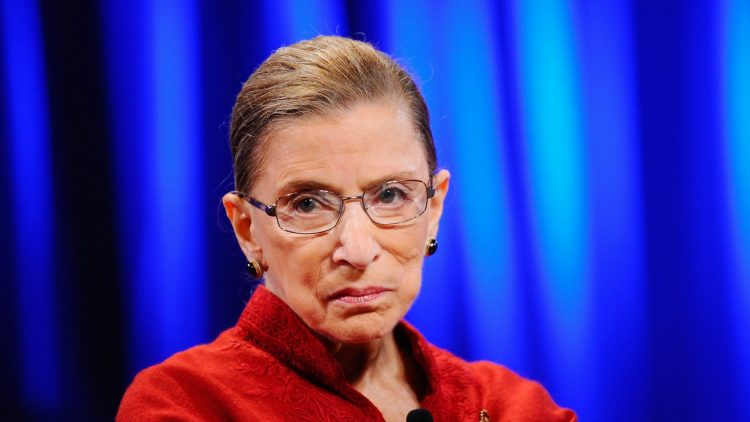 “The decision whether or not to bear a child is central to a [person’s] life, to [their] well-being and dignity,” the ACLU posted as a quote from Ginsburg on Saturday.

However, the original quote from Ginsburg asserted that the “decision to whether or not to bear a child is central to a woman’s life, to her well-being and dignity.”

Many on social media pointed out the absurdity of altering a quote about abortions and pregnancy to be inclusive to biological men who can not get pregnant.

“The pronoun wars are bad and silly but editing a Ginsburg quote to remove any reference to “women” looks so clumsy,” Dave Weigel of the Washington Post said.

“RBG is one of the most admired WOMEN in the history of American politics… and you erased the word “woman” from her own quote… You guys are literally trash,” said conservative commentator Tim Young.

“Imagine being so arrogant, patriarchal and condescending that you think you have the right to take the words of one of the country’s most accomplished women and change what she said after she’s dead to make it cater to what you wish she had said instead of her own words,” Glenn Greenwald said.

“ACLU just blew up the main abortion talking point. If it’s a person health issue, not a woman’s, then men can write the laws without comment from the Left,” another Twitter user quipped.

“Hey guys, the ACLU is just making the point that not everyone who has a uterus identifies as a woman, and that all people capable of bearing children should have the right to decide what to do with their own bodies without government interference,” said someone else, who supports the ACLU’s altered quote.