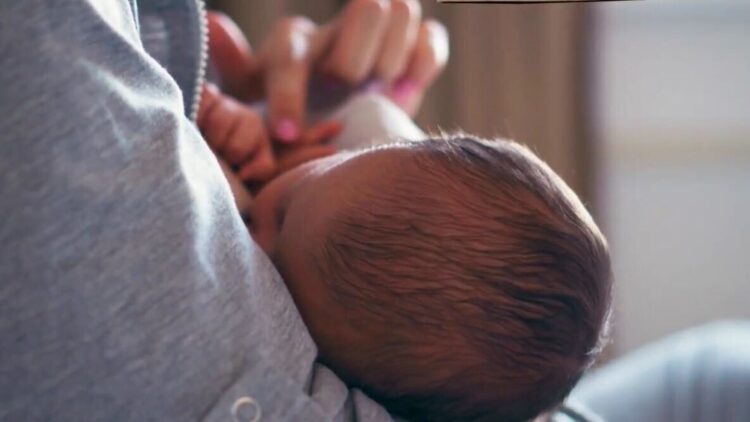 Guidelines laid out on July 29 by the Academy of Breastfeeding medicine suggest using newly-invented terms for breastfeeding like “human milk feeding” and “chestmilk” in order to be “gender-inclusive.”

Eight doctors at the Academy co-authored the guidelines on “infant feeding and lactation-related language and gender,” and concluded that “the use of de-sexed or gender-inclusive language is appropriate in many settings.”

RELATED: Husband is now trans ‘wife’ to the mother of their children

“ABM recognizes that not all people who give birth and lactate identify as female, and that some of these individuals identify as neither female nor male,” the doctors said in a statement.

Dr. Laura Kair is one of the authors of the ABM guidelines. She is medical director at UC Davis Children’s Hospital, in charge of well newborn care.

“Language has power,” she said. “The language that we use should be as inclusive as possible when discussing infant feeding.”

“When working with patients it is best to ask them their affirmed terminology. When communicating medical research, language should accurately reflect the population studied so as not to mask research needs.”

Dr. Carole Hooven, a Harvard professor, recently faced backlash for not using similar “gender inclusive” language in her classes on human biology and sexuality after declining to use the term “pregnant people.” She feels that being scientifically accurate is of utmost importance while still respecting trans individuals.

Harvard not only promotes the term “pregnant people,” but also discourages using the terms “male” and “female.”

Hooven stated that teaching anything other than accurate biology is “doing students and the public a great disservice.”

She continued, “Part of that science is teaching the facts. And the facts are that there are in fact two sexes – there are male and female – and those sexes are designated by the kind of gametes we produce. Do we make eggs, big sex cells, or little sex cells, sperm? And that’s how we know whether someone is male or female.”

Dr. Rochelle Walensky, head of the Centers for Disease Control and Prevention, came under fire for using “woke” parenthood vocabulary on Thursday when she announced the CDC is recommending vaccines for “all pregnant people or people thinking about becoming pregnant.”

The Biden administration was also mocked for using the term “pregnant people” in its budget proposal for 2022.

The ABM itself acknowledged that there will be challenges with using ambiguous language.

“‘Birthing people’ may be substituted for ‘mothers’ so that nonfemale people are included, but this term would also include gestational carriers, gestational surrogates, and women whose infants are adopted by others, and such people may not fall within an author’s intended meaning,” they noted.