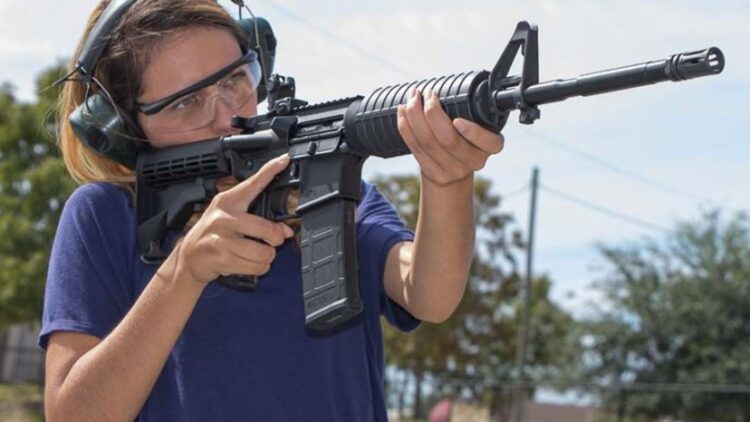 The US 9th Circuit Court of Appeals has blocked a federal judge’s ruling that overturned California’s ban on assault weapons.

“Like the Swiss Army Knife, the popular AR-15 rifle is a perfect combination of home defense weapon and homeland defense equipment,” US District Judge Roger Benitez said in the now overturned ruling.

In his order issued on June 4, Benitez called the ban on assault weapons a “failed experiment,” considering the number of shootings that have taken place in the state since the ban was instituted. He said the weapons that Californians are banned from using are not “bazookas, howitzers or machine guns” but rather “fairly ordinary, popular, modern rifles.”

Supporters of overturning the ban on assault weapons hailed the ruling as a “historic victory for individual liberty.”

“In his order today, Judge Benitez held what millions of Americans already know to be true: Bans on so-called ‘assault weapons’ are unconstitutional and cannot stand,” said Brandon Combs, President of the Firearms Policy Coalition. “This historic victory for individual liberty is just the beginning, and FPC will continue to aggressively challenge these laws throughout the United States. We look forward to continuing this challenge at the Ninth Circuit and, should it be necessary, the Supreme Court.”

California Governor Gavin Newsom called the overturning of the ban a “disgusting slap in the face” to those victims of gun violence.

“Overturning CA’s assault weapon ban and comparing an AR-15 to a SWISS ARMY KNIFE is a disgusting slap in the face to those who have lost loved ones to gun violence. This is a direct threat to public safety and innocent Californians. We won’t stand for it,” the Governor tweeted.

A three-judge panel on the federal appeals court issued a stay of Benitez’s order earlier this month that overturned California’s 30-year-old ban on assault weapons. “This leaves our assault weapons laws in effect while appellate proceedings continue,” California District Attorney Rob Bonta said in a tweet. “We won’t stop defending these life-saving laws.”

When Benitez overturned the ban, he gave the state 30 days to challenge the ruling. Bonta filed an appeal less than a week later, calling it “fundamentally flawed.”

Judge Benitez, an appointee of George W. Bush, is known for striking down bans and limitations on the right to bear arms since his confirmation to the court in 2004. Last year, he ruled California’s ban on high-capacity magazines was unconstitutional. He also reversed California’s restriction on remote purchases of gun ammunition.