77% of WY Republicans say they will not vote to re-elect Liz Cheney: Poll 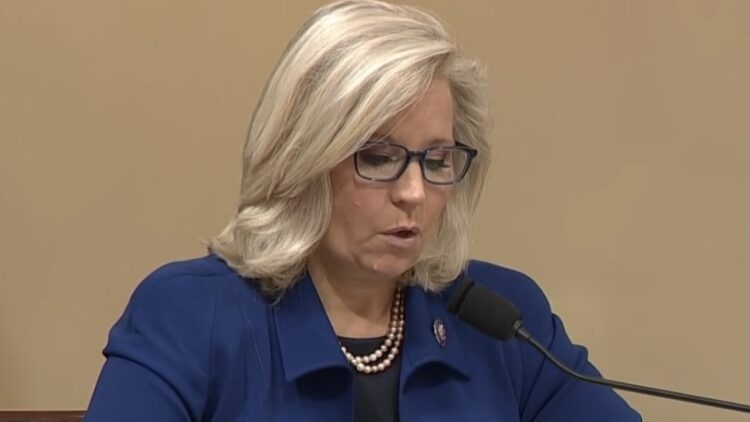 A new poll shows Liz Cheney’s chances of being re-elected are slim, as former President Donald Trump urges Republicans to have only one conservative challenger to primary her.

In a new poll by McLaughlin & Associates, just 23% of Republican primary voters say they would vote to reelect Cheney, while 77% say they would not. 53% of respondents describe Cheney as liberal, and only 26% describe her as conservative. Trump has promised to defeat her, and issued a statement yesterday in which he describes his preferred path to victory.

“The easiest way to defeat Deplorable Liz Cheney is by having only ONE conservative candidate run and WIN,” Trump wrote in a statement. “Wyoming patriots will no longer stand for Nancy Pelosi and her new lapdog RINO Liz Cheney!”

Back in March, the Wyoming state Senate deliberated over Senate File 145, a bill that would create primary runoff elections in the state if no candidate were to receive 50% of the vote. The Senate narrowly defeated it on a third reading vote of 14-15 (with one senator excused). Donald Trump Jr. was a fierce advocate of the bill, and urged Wyoming state senators to pass it on social media.

“The Wyoming Senate is voting on SF145 tomorrow. SF145 would enact a runoff system in WY, so candidates need over 50% to win a primary. Liz Cheney allies are working behind the scenes to kill the bill! Contact the Republicans on the committee and tell them to support SF145,” Trump Jr. tweeted, along with a photo of Wyoming state senators’ contact information. Trump Jr. then retweeted his message, along with a second tweet urging Wyoming voters not to let his father down.

“Any Republican in Wyoming who does Liz Cheney’s bidding and opposes SF145 is turning their back on my father and the entire America First movement,” Trump Jr. tweeted. “Support SF145 and let’s send Lincoln Project Liz into retirement in 2022!”

Currently, Liz Cheney has a huge financial war chest, with $2.8 million on hand as of June 30. She has been working with House Speaker Nancy Pelosi on the January 6th commission, and recently called a GOP-held press conference “disgusting and despicable.” Despite her fundraising, Cheney may still be in danger due to the 2022 midterm elections.

One of Cheney’s challengers, Darin Smith, may have a shot at ousting her from Congress. In a survey of 766 likely Republican voters, the Remington Research Group found Smith to be the current frontrunner in his race against Cheney. In a head-to-head matchup with her, the poll found that Smith garnered 70% of the vote, while Cheney received only 20%.

“Liz Cheney is the only representation in Congress Wyoming has, and she has turned her back on us,” Smith said in a statement last week. “I am a proud supporter of President Trump and will not back down or give in to the empty threats from Liz and the far left. It’s time to Dump Liz and elect someone with genuine pro-Trump, America First, Wyoming values, and I know I am that person.”

Trump will reportedly meet with Smith some time this week. Reports allege that his son, Trump Jr., will also be in attendance. Trump is expected to endorse a candidate in Wyoming’s Congressional race in the coming weeks.