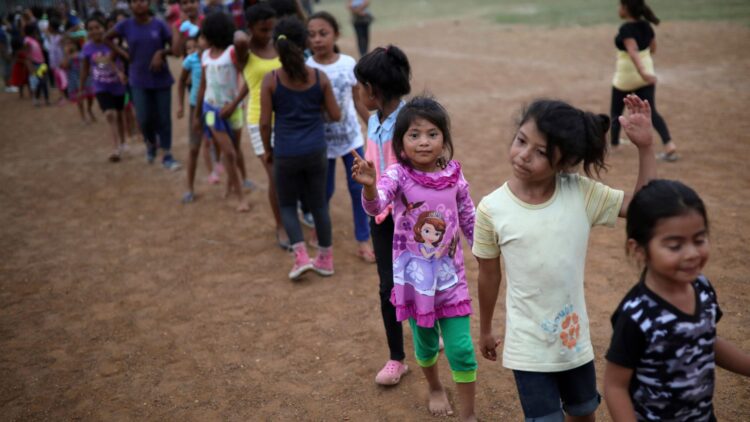 A leaked presidential briefing document revealed that 20% of unaccompanied migrant children who illegally crossed the border tested positive for COVID after being released into U.S. communities by Border Patrol.

The document revealed that some flights scheduled to deport illegal aliens had more than 25% of passengers test positive for the virus before departure. This caused Immigration and Customs Enforcement to remove those migrants from the flight for quarantine in the U.S.

The illegal immigrants are not tested for COVID while in Border Patrol custody unless they show symptoms. However, all are tested for the virus when they leave Border Patrol custody, according to DHS officials. Immigrants who are allowed to stay in the U.S. to claim asylum are given tests when they are transferred to ICE, Health and Human Services, or third-party organizations. Deportees who are scheduled to be put on planes leaving the U.S. are tested for COVID, as well as other infectious diseases, by ICE.

Customs and Border Protection data showed that more than 150,000 immigrants were in Border Patrol Custody as of August 4.

The document revealed a startling increase in COVID infection rates among migrants in the past 2-3 weeks. It also recommended DHS provide more medical staffing at the border, citing one facility in the Rio Grande Valley where three EMTs were responsible for caring for more than 3,000 immigrants.

A separate document attributed the rise of COVID infections among the illegal immigrants to the “highly transmissible Delta variant combined with lengthier stays in crowded Customs and Border Protection facilities.”

“DHS and CBP takes its responsibility to prevent the spread of Covid-19 and other diseases very seriously,” read a statement from a White House spokesperson. “CBP provides migrants who can’t be expelled…or are awaiting processing with PPE from the moment they are taken into custody, and migrants are required to keep masks on at all times, including when they are transferred or in the process of being released. If anyone exhibits signs of illness in CBP custody, they are referred to local health systems for appropriate testing, diagnosis, isolation and treatment,” the statement continued.