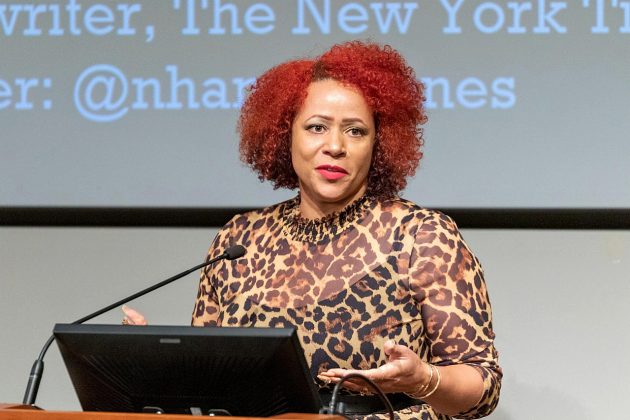 Nikole Hannah-Jones, the lead author of the New York Time’s 1619 Project, was denied a tenured position at the University of North Carolina-Chapel Hill after conservative groups criticized her hiring.

UNC-Chapel Hill’s Hussman School of Journalism and Media pursued Hannah-Jones for a tenured position as its Knight Chair in Race and Investigative Journalism. Following pressure from conservative watchdog groups, who opposed her hiring due to her authoring of the New York Times’ 1619 Project, the school changed its plans and instead offered a five-year term as a Professor. After which, she will have the option of being reviewed for tenure.

The 1619 Project has been widely criticized for its revisionism of American history, primarily the impact that slavery had on the country’s founding.

“I read the first essay by Nikole Hannah-Jones, which alleges that the Revolution occurred primarily because of the Americans’ desire to save their slaves. She claims the British were on the warpath against the slave trade and slavery and that rebellion was the only hope for American slavery… I just couldn’t believe this…it is so wrong in so many ways,” says Gordon Wood, a professor at Brown University and author.

Wood also says that to see the whole revolution in terms of race and slavery is to “miss the complexity” of it.

“UNC’s hiring Hannah-Jones signals a degradation of journalistic standards, from one in which ethics and truth are prized to one in which a writer’s work is judged according to whether it serves a preferred political agenda,” writes Jay Schalin of the James G. Martin Center for Academic Renewal.

Historian Sean Wilentz criticized the 1619 Project as a “fundamental misunderstanding” of what the American Revolution was all about.

After the UNC-Chapel Hill board of trustees decided not to tenure Hanna-Jones, 24 faculty members of Hussman School of Journalism and Media faculty signed a public statement demanding that the school change its decision.

“We call on the university’s leadership to reaffirm its commitment to the university, its faculty, and time-honored norms and procedures, and its endorsed values of diversity, equity, and inclusion,” the statement read. “The university must tenure Nikole Hannah-Jones as the Knight Chair in Race and Investigative Journalism.”

RELATED: Virginia Little League Coaches Must Attend ‘Antiracist’ Training Costing As Much As $10,000